At the end of last term, the Year 12 PE students took part in 2x day trips that would allow them the opportunity to gain 7 credits for both Social Responsibility and Leadership.

The first day students were based at Camp Adair in Hunua. Here they rotated around four different activities that challenged them, put them out of their comfort zone and forced them to work as a team.

These activities included ‘The High Swing’ – which as the name suggests- involved jumping off a platform high up in the air which resulted in a big swing! This was testing for those afraid of heights as well as the team who did their best to calm everyone and help their team feel safe and supported.

‘Multivine’ was another activity up in the sky. Situated in the picturesque views of the trees, students climbed up into the tree line and made their way across the wire with the support of their team on the ground. This was a challenge by choice, where students could go as far as they could.

There was also a ’Confidence Course’ where teams needed to make their way through a series of challenges which often required them to work together to ensure they all made it across. Fair to say there was a lot of mud and water involved! 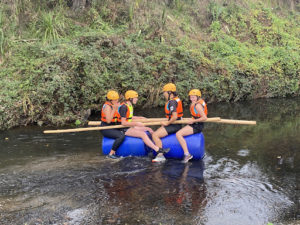 And finally there was ‘Raft Building’ which forced teams to collaborated to create a raft out of a range of materials including rope, bamboo and barrels.

The biggest test was to see if their raft a) floated and b) could carry their team and withstand ‘rapids’. Fair to say this wasn’t the most successful in terms of floating rafts, but hugely successful in teamwork and leadership!

We had a local day on day 2, where we were based in Milford and Takapuna. Groups rotated between two main activities.

The first was an outdoor escape room where students played incorporated puzzles and code-cracking elements while experiencing exciting AR features & geolocation technology, without the confines of a physical room. They had to trek around Takapuna to solve these puzzles with the hope of finishing their mission.

The second activity was skill based and focused on learning Windsurfing down in Sylvan Park in Milford. They all did really well to pick up the skills needed to windsurf relatively quickly, and with only a couple of students going slightly off course, it was a very successful session on the water! 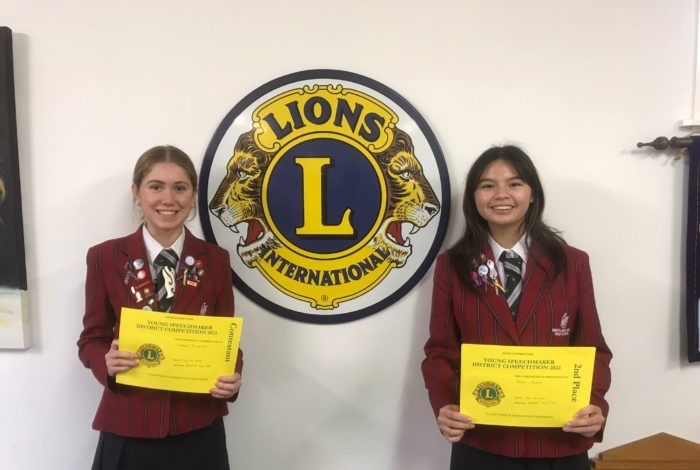 Learning from one of the best! School goes to the dogs!

It seems we can't find what you're looking for.